Fred Happel was born and raised in Weymouth, in a house that his parents still reside in to this day.  Staying true to his Weymouth roots, Fred and his wife Julie, who have been married for twenty-six years, live in South Weymouth, where they are raising two sons of their 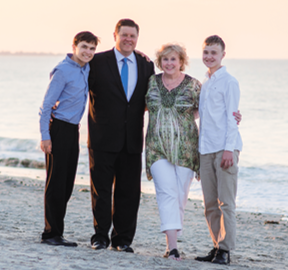 own.  Their younger son, Sean, just started his freshman year at Cardinal Spellman, after graduating from St. Francis Xavier School on Pleasant Street this past spring. Their oldest son, Michael, is a sophomore at Bridgewater State University, after graduating from Weymouth High School in 2020, where he played drums in the school's marching band.

Fred’s interest in public service, began at an early age.  When he was just twelve years old, Fred began accompanying his grandfather, Henry Bosworth, to work at the Quincy Sun Newspaper on Saturday and Sunday mornings. This experience gave Fred the opportunity to meet a number of local politicians and ignited a passion for politics that would become a major part of Fred’s life moving forward.

After graduating from Weymouth North High School, Fred attended UMass Boston, where he graduated with a degree in political science.  During his sophomore year, Fred became, then Senator, Bob Hedlund’s first intern on Beacon Hill, gaining valuable experience and developing an even greater passion for constituent services.  By the time he was twenty-years-old Fred was elected as a Weymouth Town Meeting Member, where he would serve for the next couple of years, before eventually getting involved in various campaigns throughout Massachusetts.  Over time, Fred has worked on a number of state and local campaigns, which includes serving as Mayor Hedlund’s Campaign Manager, during his 2015 campaign to become Mayor of Weymouth.

Beyond his involvement in local political campaigns, Fred’s passion for public service and commitment to the community, is evidenced by a number of different activities that he has participated in over the years.  During his time as a Correction’s Officer, for the Norfolk County Sheriff’s Department, Fred served the people of Norfolk County by working to uphold public safety.   Fred has also been a member of several different organizations aimed at bettering the community.  He is an active member of the Knights of Columbus, and was on the Executive Board of the South Weymouth Neighborhood Association.

Fred’s dedication to the community can also be witnessed by his involvement in various charity events.  In 2014, he helped organize the Firefighter’s Fleadh, in West Roxbury, to raise money for the families of fallen firefighters Michael Kennedy and Lt. Edward Walsh, who died in the line of duty while fighting a fire in Boston’s Back Bay.  Councilor Happel has also helped organize a number of events in support of organizations such as the Weymouth High Music Boosters and Coop’s Troop Foundation Inc., which is a 501(c)(3) charitable organization founded to honor the life of Cooper Matthew Richards, a young boy from Weymouth who died at 3 years old after battling GM-1 gangliosidosis. 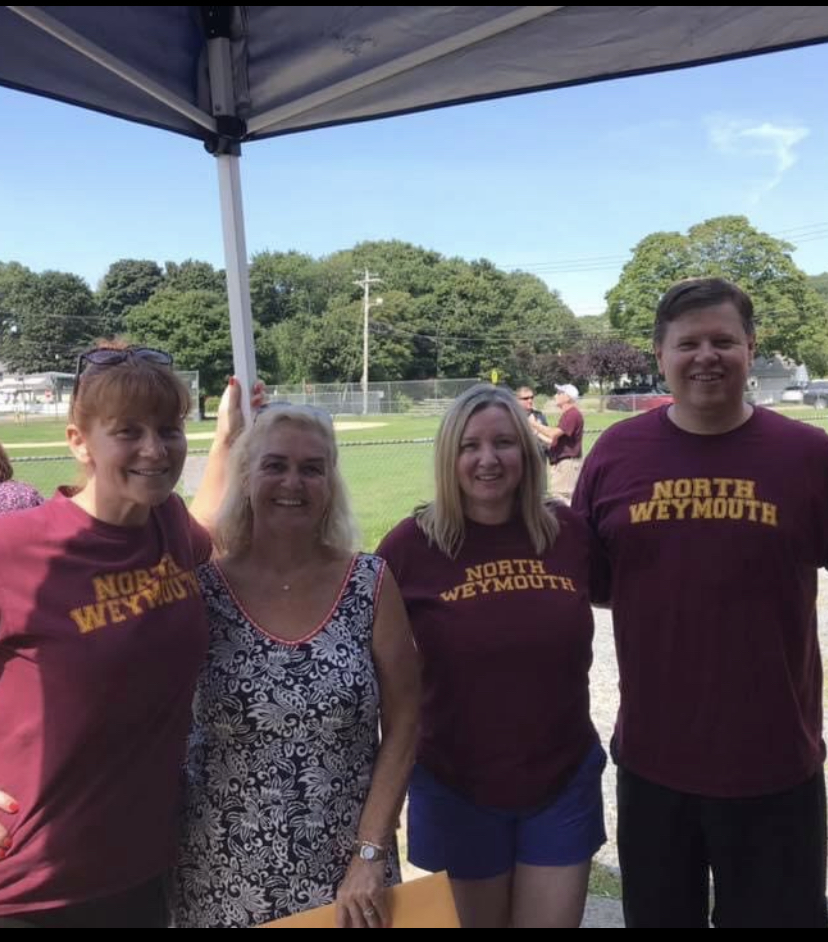 In his free time Fred enjoys spending time with his wife and kids, and can often be found attending various events around Weymouth.  His two sons are very active and, over the past several years, have been involved in a number of extracurricular activities.   As an involved parent, Fred has volunteered to help out his sons’ teams by serving as a coach for South Weymouth Youth Baseball, as well as North Weymouth Flag Football.  In March 2019, Councilor Happel also founded, and currently serves as Co-Chair, of the Weymouth Irish Heritage Day parade and festival, which returns to Weymouth this fall, after taking last year off due to the COVID-19 pandemic.

As a longtime Weymouth resident, Fred originally ran for City Council in hopes of addressing a few key issues that he felt were hampering the community.  Fred is an active member of Weymouth Youth Coalition's Substance Abuse Prevention Team (SAPT), which looks to "fosters communication, community collaboration and opportunities for youth that promote and sustain drug free and healthy living in a trusting, non-judgmental environment" and remains deeply concerned about the opioid crisis that has ravaged the area over the past decade.  As part of this work Fred continues to look for new and innovative ways to help those suffering from substance use/addiction and mental health-related issues in the community.  As Chair of the Weymouth Public Safety Committee, Fred is also deeply committed to addressing various public safety issues in the Town. He strongly opposed the Compressor Station located in North Weymouth, and has advocated for reopening Weymouth Fire Department Station #2 since his first days on the Council.   Fred believes that reopening Station #2 would provide firefighters with a location that would allow them respond to issues in the Jackson Square area of Town more efficiently, and cut valuable minutes off response times.

Since being elected City Councilor in 2017, Councilor Happel has served on several different Committees focusing on a number of key issues.  Along with serving as Chair of the Public Safety Committee, Fred currently serves as Vice Chair of the Mental Health & Substance Abuse and Long Range Planning Committees for the Council.  On top of that, Fred currently sits on the Environmental, Education, and Senior Citizens Committees, and was the only member of the Council appointed to serve as a member of the 2021 Weymouth Public School's Superintendent Search Committee.  If re-elected, Councilor Happel will continue working with other members of the Council to address these, and several other, important issues, in hopes of making Weymouth an even better place to live and raise a family.